We’ve received a message from Tod Higgingson about a project they did with the Kennington Bioscope from the Cinema Museum last week. While all screenings are cancelled, they did an experimental show online, using copies of two short silent films kindly provided by the Eye Filmmuseum in Amsterdam.

A look at the Cinema Museum in London. May be known to some of our members as we went here at a film festival a few years ago.

The English club has chosen to move the festival to June 2021. Given all the uncertainties at this time a logical decision.

This means that the festival in France will take place in 2022, which of course coincides nicely with the 100th anniversary of the 9.5 mm film format.

Our last 9.5 bulletin is almost ready and will come your way as soon as possible. We have even translated a few text into English for our filmfriends abroad.

ANOUNCEMMENT FROM THE ORGANIZING COMMITTEE

Dear followers of the FESTIMATGE,

I feel very bad having to announce the postponement of this edition, but the health situation obliges us to do so. An event of this magnitude requires the work of many people so that everything is ready on the opening day. And, under current circumstances, this would not be possible.

So we are already working to reprogram the FESTIMATGE 2020, hoping and wishing that the situation will be controlled in the coming months.

As we have more information, we will send it to you, keeping our pages duly updated:

Thank you very much for your understanding and we will surely meet your FESTIMATGE 2020 on the new dates, 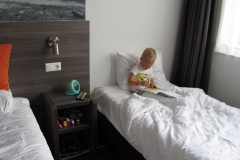 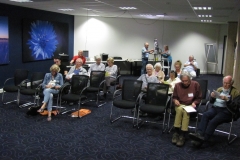 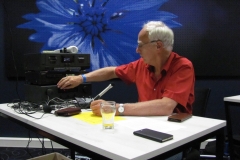 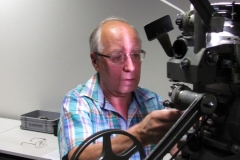 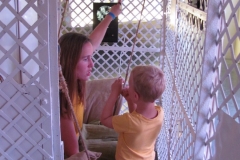 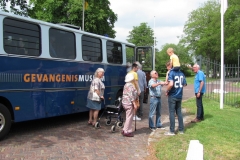 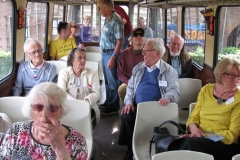 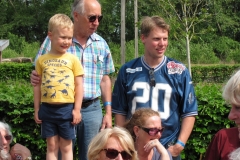 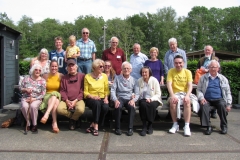 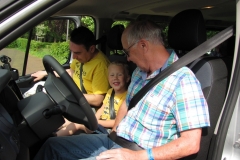 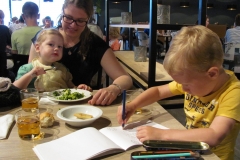 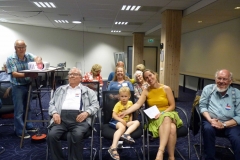 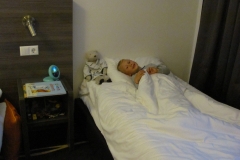 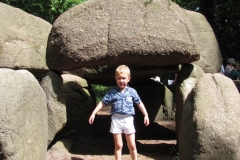 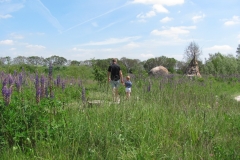 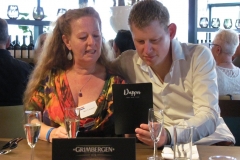 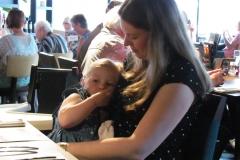 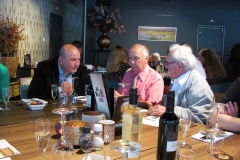 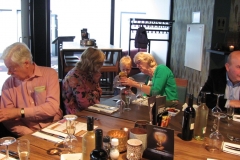 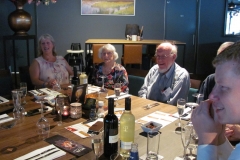 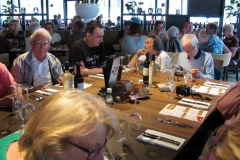 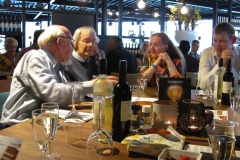 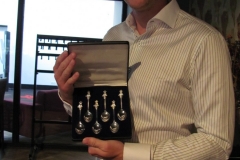 For the last international film festival on Dutch soil we drive to Assen in a small colone of 3 cars. Due to limited enthusiasm, we had almost canceled the festival. This does mean the end of an era. I went to film festivals ever since I was still in my mom’s belly. For many years it hasn’t been about the 9.5 mm films, but about being together, meeting old friends and fun outings in France, England, Germany, the Netherlands, even Scotland and Belgium.

That filming on real film by amateurs, would one day disappear is something we have seen coming for years. There are simply no more resources for it, the film itself is hardly to come by and the development of film is hardly done anymore. In short, the time of real film for the enthusiast is over. The Pathé baby is an old medium, however beloved, and must take its place in history.

So we reach the last international film festival organized by the Dutch film club. We have adapted the leisure program, as René always used to call it, to the wishes of the increasingly aging participants. No more crowded days and great walking distances. Our hotel is equipped with all conveniences, all inclusive and entertainment. For example, we bowled with the group on the last evening. In the buffet restaurant everyone could have a very extensive breakfast, lunch and dinner at their own pace. Odin liked the playroom where he observed and played with other children after dinner.

It was still difficult not to overload the program because there is plenty to do in this primeval-province as Drenthe calls itself. Fortunately the weather gods were favorable to us and that made this weekend a sunny success. Certainly since most of the trips took place outdoors.

In the hunebed center in Borger we learned everything about how the hunebed builders lived. There were beautiful, large-sized dioramas with stuffed animals that caught Odin’s attention plus a hunebed replica. Next to the museum is a large outside area with, among other things, houses from the Stone, Bronze and Iron Ages. Odin loved the bare footpath, a nice way to experience what it was like not to have footwear. Just outside the museum we took a look at the largest hunebed in the Netherlands. A perfect place to take a picture of Odin with his class-bear, Flip. Odin received this from school the day before the holiday. An extra bag with the things for Flip thankfully fit in the car.

With Odin we decided to limit ourselves to 1 activity per day. That way we could use the other half of the day to take a splash in the beautiful swimming paradise of the hotel. The heat makes everything just a bit tiring. After a visit to the prison museum we took a ride in the jailbird bus, Odin fell asleep on my lap in a few minutes. While the rest of the filmmakers visited a coffee maker, we had a picnic on a nearby lawn.

We let a visit to the ancient village of Orvelte and Van Gogh house pass by. Interesting for us but not for Odin. Instead, we went with Erik, Nathalie and Mia to a children’s farm a few minutes’ walk from our hotel. In the afternoon we hooked up with the group at the narrow-gauge museum. We were not allowed to miss that. When we arrived the train was full of 9,5ers ready to leave. Along the way we got off for a short tour of a peat litter factory.

The film projections took place in the hotel and despite the small number of festival participants, films were still submitted to be shown. As a Dutch club, we have taken the opportunity of our last festival to play a few old favorites of Dutch origin. It is nevertheless special to see yourself, family and friends on real film. Especially when these people are no longer with us. We thought it was very special to show films of René for his wife, daughter and son-in-law. We really feel it is a great shame that he is no longer with us to enjoy this final festival.

During the gala dinner, Mia and Odin enjoyed themselves by playing hide and seek in the corridor and running back and forth. Odin proudly showed his new hug asset, a small wolly mammoth. It was a traditional gala dinner, Elmer put his best foot forward with his chairman speech, prizes were handed out, and tasty food and drinks were served.

On Monday morning we said goodbye to the foreign festivalgoers after breakfast. We all expressed the hope of seeing each other again next year in England for the 45th festival. Elmer, Odin and I left for our Landal holiday home here in Drenthe where we stayed another week. The rest of the Dutch group drove back to Amsterdam.

The program for the upcoming filmfestival in Assen, Holland